I write in multiple genres. As Chris Eboch, I write children’s novels and nonfiction work-for-hire for kids. I also write a lot of articles about the craft of writing, offer critique services, and teach writing workshops.

A couple of years ago, I wanted a change, so I decided to try writing for adults. I’d been reading a lot of romantic suspense, so I started writing mystery/adventure/suspense novels with a strong romantic element, set in the Southwest and usually involving the outdoors.

I now have three novels for adults published under the name Kris Bock: What We Found, about a young woman who stumbles on the body of a murder victim; Whispers in the Dark, about an archaeologist who discovers intrigue among ancient southwestern ruins; and Rattled, a treasure hunting adventure. 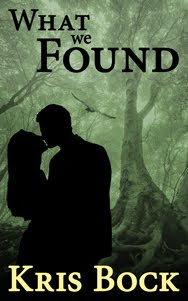 Do you plot or do you write by the seat of your pants?
I’ve always worked with outlines, but in the early days they were sketchy, just a list of ideas, and the actual novel might go in other directions. As I’ve gotten more experienced, I’ve learned to plan better. I typically do an extensive outline with plot details, character arcs, and theme. I figure this saves me at least two drafts. I even wrote a book about plotting, Advanced Plotting (written as Chris Eboch), where I share some my tips and advice from other authors. I know some people prefer to simply write and see where it takes them, but even then, I think making an outline after your first or second draft and analyzing it can help pull the book together.

What was the name of the first novel you wrote? Did you try to publish it?
I went to graduate school and got a degree in Professional Writing and Publishing, planning to write for magazines. After I graduated, I tried writing a middle grade novel (for ages 8 to 12) for fun, while looking for work. A children’s novel seemed less intimidating than a longer adult novel, and I’d always enjoyed reading children’s books. I wrote an adventure set in Mayan times, because I’d recently traveled through Mexico and Central America and gotten interested in that culture. By some astonishing stroke of luck, the novel turned out well and sold. The Well of Sacrifice, written as Chris Eboch, is still in print 13 years later and used in schools when kids study the Maya.

That’s not to say I’ve published every book I’ve written. I probably have 10 novel manuscripts I couldn’t sell. Some didn’t sell because they were terrible; I made all the mistakes I’d somehow avoided with my first novel. A few were victims of market forces. One of those, The Eyes of Pharaoh,, is a mystery set in ancient Egypt for ages 8+. I chose to self publish it, because I believed there was a market traditional publishers weren’t seeing. It’s selling 50 or 60 copies a month, mostly POD, and some teachers have picked it up for the classroom.
How many rejections have you received?
Too many to count. Many hundreds, probably over 1000, if you count rejections for novels, nonfiction books, short stories, and articles. I used to save the “favorable” rejection letters, but now I just update my records and move on.
Describe your book.
What We Found: When Audra stumbles on a murdered woman in the woods, more than one person isn’t happy about her bringing the crime to light. She’ll have to stand up for herself in order to stand up for the murder victim. It’s a risk, and so is reaching out to the mysterious young man who works with deadly birds of prey. But with danger all around, some risks are worth taking.
Whispers in the Dark: A young archaeologist seeking peace after an assault stumbles into danger as mysteries unfold among ancient Southwest ruins. Can she overcome the fears from her past, learn to fight back, and open herself to a new romance?

Read excerpts at www.krisbock.com or visit my Amazon page.
For information on my books for kids, visit my Chris Eboch website, or my Amazon page.
What drew you to the subject of What We Found?
Murder. (Cue dramatic music.) Specifically, two friends and I were hiking when we discovered a dead body, a woman who had been murdered. As you might expect, this was a dramatic, even life-altering experience. I blogged about it here. Although What We Found is fictional, I was able to draw on some of those experiences and feelings.
I also included an element of falconry, something I’ve gotten interested in since meeting a master falconer. I love animals, especially birds of prey, and falconry not only added an unusual element, but also worked with the story thematically.
What did you enjoy most about writing this book?
What We Found is in many ways my most personal novel to date. Although it’s fiction, it drew on many real experiences and feelings. That was a challenge, but an exciting one.
What do you consider your strengths in terms of your writing? What do you consider your weakness and what strategies do you use to overcome it?
I think I’m good with plotting. I can be quite analytical, and that helps with analyzing a plot to figure out where the weak spots are, where you need a twist, how subplots are balanced, etc. That’s also why I can outline ahead of time, and I can use learned techniques like cliffhanger chapter endings and altering paragraph lengths for pacing.

Characters are more of a challenge for me. My unsold books are often weak because I didn’t have a good grasp of the character before I started writing, so the heroine didn’t feel real. I’ve learned that I have to do more character development before I start. You can find lists of character questions to help you develop a character, such as what’s her favorite color or what did she eat for breakfast. But those aren’t as important as the big questions – what does she think she wants, and what does she really need? What’s keeping her from getting what she wants and needs? I sketch out scenes in my head and when the character feels real to me, like someone I would greet as an old friend, then I can feel comfortable starting the novel.
What do you do when you are not writing?
I love to read, and if I had the time, I’d read a book a day. Of course, then I wouldn’t get my own writing done, so I only allow myself to read fiction when I have a relatively free week ahead.
I enjoy hiking, and since I live in New Mexico I can get outside pretty much year-round. I’ve also been rock climbing on and off for over a decade. I took a hiatus due to an injury, but my husband and I are getting back into it now. It’s a great way to spend a Saturday hanging around outside, exerting yourself a little and then visiting with friends and enjoying the beautiful scenery.

Author Bio:
Kris Bock writes novels of suspense and romance involving outdoor adventures and Southwestern landscapes. What We Found is a mystery with strong romantic elements about a young woman who finds a murder victim in the woods, Rattled follows a treasure hunt in New Mexico, and Whispers in the Dark involves intrigue among ancient Southwest ruins. Read excerpts at www.krisbock.com or visit her Amazon page.
Kris writes for children under the name Chris Eboch. Learn more at www.chriseboch.com or her Amazon page, or check out her writing tips at her Write Like a Pro! blog.

I enjoyed learning more about your process and your work, Chris. It must've been interesting to write a more personally-connected novel. Glad you're getting back to rock-climbing, too!

I've found that I'm writing in genre's I never expected and actually getting published. Who knew? Diversification, I guess is not a bad thing. Rock climbing sounds fun, if I could be guaranteed I wouldn't get hurt :-)