My first completed novel was a paranormal suspense, SOME DISPUTED BARRICADE. An agent took it under her wing, but couldn't sell it. I've rewritten it extensively since then, and it's currently under consideration by a small press publisher.
How many rejections have you received? 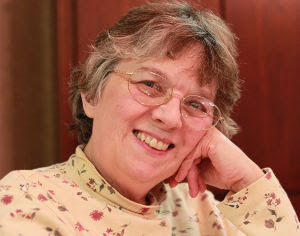 So many, I don't have time to count them! They range from stock rejections (with postage due!) to three-page, single-spaced diatribes. On the other hand, some were very helpful, some were very kind, some invited me to send them something else or to rewrite and resubmit.
What was the best writing advice someone gave you?

SAGE is a sort of Taoist fairy tale. It combines fairy tale elements (lost heirs, unimportant turns out to be important, talismans, magic) with mythology (the Four Divine Animals of Chinese mythology, the smith who forges objects of power, stories of origins) and a bit of sword and sorcery. I drew from many, many sources, and gave it all my own spin.
What do you consider your strengths in terms of your writing?

I've been told I'm strong in characterization and dialog. I know I enjoy those elements.
What do you consider your weakness and what strategies do you use to overcome it?
Posted by Chris Redding at 4:45 AM

Hi, Chris! Thanks for having me here. I love talking about SAGE. :)