EM To me writing means making up stories and I was doing that long before I learned the first letter of the alphabet. My grandfather used to supply rolls of adding machine paper on which I drew epic adventure stories, mostly involving animals with guns and bombs. Lots of murders, no mystery. 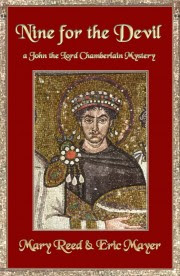 
MR: As far as the novels are concerned, we both enjoy reading about various historical periods and would probably have chosen historical mysteries in any event. However, we were pointed to the Byzantine era when Mike Ashley, master anthologist, rang up one afternoon and asked us if we could write a short story at very short notice -- about three weeks or so -- for an anthology he was editing. Eric being interested in the Byzantines, there was plenty of research material on the bookcase and the rest is history, no pun intended.


MR: I would far rather just sit down and start typing but writing requires discipline, so we produce an outline from which to work. It's helpful both to our editor, who is able to provide suggestions for tightening the plot line, and to us when writing the novel, since we have a set of skeletons on which to hang the encrustations that flesh each chapter out regardless of who does the first draft.

7. What was the name of the first novel you wrote? Did you try to publish it?


EM: The Body in the Reentrant. It was set at an orienteering meet. Mary and I had written several short stores about our sixth century Byzantine detective, John, Lord Chamberlain, and wanted to give him some elbow room in a novel. Since I'd never written anything longer than a short story I felt I needed to stretch out with a practice book. I chose an orienteering setting because I was involved with the sport so it was easy for me to write about. We have never made any particular effort to get it published. We immediately went on and wrote One for Sorrow, which Poisoned Pen Press brought out in 1999.

9. How many rejections have you received?


EM: I have no idea. When I first seriously attempted to sell my writing I figured I'd keep track. After six rejections I sold an essay. That seemed pretty good. Forty rejections later I decided keeping records was for the birds and I never have since!

12. Why did you pick the publisher that ultimately published your book?


MR: Poisoned Pen Press had only just been founded when they were nominated for an1998 Edgar for their non fiction A-Z Murder Goes...Classic. We sent a note of congratulations and asked if they intended to also publish fiction. It happened that editor Barbara Peters had not long before been musing on the fact that no Byzantine mysteries had appeared, so it was a case of the right query at the right time -- and underlines my theory that Fortuna often plays a part in publishing, as with other ventures. Thus it came about that One For Sorrow, John's first novel-length adventure, was the first fiction Poisoned Pen Press published.


MR: They change often but currently it's from the X-Files episode entitled Jose Chung's Doomsday Defense, in which the titular character observes "Unlike profiling serial killers, writing is a lonely and depressing profession". I do not find it so myself, but the sentiment makes me smile.

24. What place that you haven’t visited would you like to go?


EM: I've never been to Constantinople despite all the time Mary and I have spent roaming its alleys and palaces in our minds. So I'd love to visit Constantinople (not Istanbul) which doesn't exist any longer. I'd need a time machine.

29. Who is your greatest cheerleader?

EM: Mary. I don't feel I have much of a knack for fiction. She had to drag me kicking and screaming to co-author our first mystery story (The Obo Mystery, published in Ellery Queens Mystery Magazine) and with every new book she has to, how shall I put it? Kick start me. 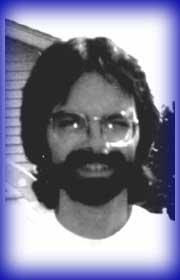 30. What would you like to learn to do that you haven’t?


MR: To drive and to read Latin and Greek!