1. Where did you grow up, and how did this influence your writing?

I grew up in Nova Scotia, on Canada’s east coast. My family spent a lot of time roaming the rocky coastline, hiking through the woods and visiting old forts, all of which led to my sister and I riding our pretend horses, thinking up dramatic tales and later to writing them down. The culture here is a mix of Celtic, Acadian French and aboriginal Mi’kmaq, each with its very strong storytelling traditions (often through song.) Even regular, everyday Maritimers (that’s what we’re called Down East) can turn a waiting-in-a-lineup chat into a lively story. 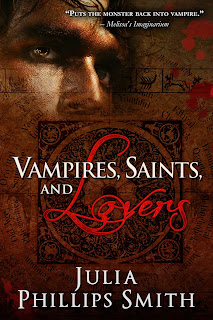 Although I write about Dark Ages Briton, and about a medieval-style fantasy realm called the Eighth Dominion, for some reason I work closely with technology. I do find this amusing, as in general I’m a bit of a technophobe. I don’t have a mobile device, for example, and have absolutely no plans to ever get one. However, by day I’m an imaging clerk, converting paper files to an online database.

Hmm…I may have to split that into several different meals, being a big fan of dining. Not of cooking. I definitely love eggs for breakfast, especially an English-muffin-style breakfast sandwich. Yum. I do make those for myself. For dinner, like most Maritimers I love everything seafood, especially scallops. Can’t say no to salmon, haddock or lobster, either. I’m a massive fan of pad thai, and I love most things that get stir fried with rice. For dessert, I’m always partial to Neapolitan ice cream, cherry pie or strawberry rhubarb pie.

4. What is your favorite word?

Believe it or not, when I hear the Russian phrase for “with me” – which sounds like “samnoy” – I get a thrill inside, especially if it’s spoken by a sexy Russian man.

5. What place that you haven’t visited would you like to go?

Not surprisingly, the place that’s highest on my travel wish list is Saint Petersburg, Russia, the former Imperial City. I’m a passionate ballet fan, and for me the Mariinsky Ballet company – once known as the Kirov during the Soviet era – is the very pinnacle of the art form. Likely it will take me about ten years to save for the trip of my dreams, when I will enter the Mariinsky Theatre at 1 Theatre Square to watch a full-length story ballet. They’re currently performing in their 231st consecutive season. That sends shivers of delight down my spine. Of course, once in Saint Petersburg, I would have to visit the Winter Palace and Hermitage Museum, Peterhof Palace and gardens, make a stop at the Bronze Horseman who watches over the city, and stroll along the Nevsky Prospekt.

6. What was the best writing advice someone gave you?

This was actually given to me by my cousin, romance author Julianne MacLean, while she was still an unpublished writer and I was considering whether or not to go to film school as a mature student. I said, “I’ll be thirty when I graduate.” She said, “You’ll turn thirty anyway. Might as well turn thirty with your degree.” I use that same advice for everything that seems like it might take forever. I’ll get to that faraway moment eventually – might as well do it with another book under my belt.

7. What did you enjoy most about writing this book?

I wrote Vampire, Saints and Lovers in two separate NaNoWriMo marathons, which led to the need to weave both files together into one cohesive narrative. A challenging part of my creative process, but the wild abandon that comes over me during NaNoWriMo gives me scenes that never would have come to me otherwise. I now really look forward to the November writing frenzy.

8. What was the hardest scene to write?

The hardest parts weren’t a particular scene, it was the melding of the two POVs and getting the timelines to match as I then went back and forth between the hero Peredur and the heroine Tanwen. I wrote in Peredur’s POV during one NaNoWriMo, and in Tanwen’s POV during another. I find it really holds me deeply in character to stay with one and not switch hats with every chapter change, which is how it ends up for the reader by the finished book.

9. What is the one thing your hero would do that you wouldn’t?

I’m positive that I wouldn’t find myself cursing God. Yet that was the launch of Peredur’s story, when I was thinking of fallen warriors and unknown soldiers. I wondered: has anyone ever cursed God in their final moments? One thing led to another, and the Brotherhood was born.

10. Who is your greatest cheerleader?

My two greatest cheerleaders have always been my best friend Connie, and my husband Brad. But I do have to say that my cousin Julianne MacLean has been a special champion for Peredur! 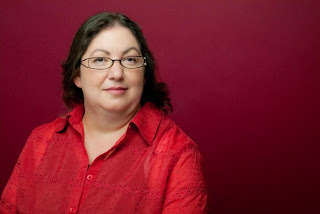 
Julia Phillips Smith is the author of dark fantasy novels Vampires Saints and Lovers and Bound by Dragonsfyre. A graduate of Ryerson Polytechnic University's film program in Toronto, Julia has several scriptwriting credits in addition to her novels. She enjoys life with her husband and mom in Nova Scotia, where the rugged sea and misty forests feed her thirst for gothic tales. Coming next: Book 2 in the Dragonsfyre series takes readers further into the shadows cast by the power-mad nobles of the Eighth Dominion. Follow if you dare.


Vampires Saints and Lovers -- A brotherhood of immortals stands between humans and vampires, preventing the annihilation of the human race. Who are called to this service? Only those warriors who curse God with their dying breath.... Welsh warrior Peredur falls to a spear before claiming Tanwen for his bride, uttering the curse that seals his fate. Taking on the brotherhood’s trials, Peredur wages war against the creatures of the night.

Tanwen resists Father's command to take a husband. The wise woman’s son promises to reunite her with her beloved. But does Tanwen truly understand the depth of the price that must be paid?

Posted by Chris Redding at 1:16 AM

Good day, Chris. Fascinating to read information on a Bluenoser! I too am a Nova Scotian turned writer and I chuckled more than once as I read your background. Your books sound fascinating but I was most interested in your NaNoRiMo process and subsequent "melding" of your story parts. Each of writes in our way - happy to hear you've hit on a process that works for you. Happy Writing.