Thomas M. Malafarina (www.ThomasMMalafarina.com) is an author of horror fiction from Berks County, Pennsylvania. To date he has published five horror novels “Ninety-Nine Souls”, "Burn Phone", “Eye Contact” , “Fallen Stones” and “Dead Kill – Book 1 – The Ridge of Death”, as well as five collections of horror short stories; “Thirteen Nasty Endings”, "Gallery Of Horror", “Malafarina Maleficarum Vol. 1”, Malafarina Maleficarum Vol. 2”, “Ghost Shadows” and most recently “Undead Living”. He has also published a book of often strange single panel cartoons called "Yes I Smelled It Too; Cartoons For The Slightly Off Center". All of his books have been published through Sunbury Press.(www.Sunburypress.com).

In addition, many of Thomas's works have appeared in dozens of short story Anthologies and e-magazines. Some have also been produced and presented for internet podcasts as well. Thomas is best known for the twists and surprises in his stories and his descriptive often gory passages have given him the reputation of being one who paints with words. Thomas is also an artist, musician, singer and songwriter. 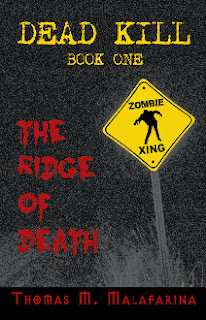 Short Blurb about Dead Kill Book 1: The Ridge Of Death


The year is 2053. It’s been ten years since the long anticipated zombie apocalypse arrived with a vengeance and wiped out more than half of humanity. However, not only did the humans manage to survive but they also succeeded in destroying the seemingly countless hoards of the undead and regained their rightful place at the top of the food chain. Now living safely in fortified towns and cities humans go about their daily lives with little concern for the greatly reduced numbers of undead remaining in the unprotected outlands and forests. These creatures have been reduced to roadside nuisances albeit it deadly ones.

Jackson Ridge, a freelance reporter has been given the assignment of finding a missing young girl believed to have been kidnapped by a psychopathic leader of a gang of rogue outlanders. Dead Kill Book 1 – The Ridge Of Death is the first in a series of books planned to take place in this strange new post-apocalyptic world. It is chocked full of action, mystery, thrills, intrigue and of course just the right amount of violence and gore zombie-based novel readers crave.

Excerpt from Dead Kill Book 1: The Ridge Of Death


The beast stood by the side of the road, looking around; as if it had no particular purpose, which seemed to be typical of all of these creatures.

“This one shouldn’t be too tough to handle.” Jackson thought as he pulled his car to a stop directly across the highway from the hulking beast. Never taking his eyes off the creature, Jackson eased the driver’s side window down as the huge grotesque monstrosity began to lumber slowly out onto the highway heading in his direction.

Jackson extended his arm out of the window to prevent the deafening roar his gun would surely have made if fired from inside the confines of the car and without hesitation fired once. The bullet tore past the left side of the creature’s head, ripping off the top of its left ear and leaving in its wake a smoldering groove in the side of its cheek and hairline. The thing stopped for a moment as if confused, and then it slowly shook off the sensation as a living human might shake off the feeling of being brushed by a fly. Then it continued its advance toward Jackson’s car.

He shot again and the bullet struck the lumbering creature in the left shoulder. Jackson saw a spray of blood and flesh shoot from beast, as an exit wound hole the size of a baseball blew out from its back. The impact of the round caused the thing to stumble back a few steps and almost lose its balance. But it soon shook off that hit as well and was once again heading straight for Jackson. 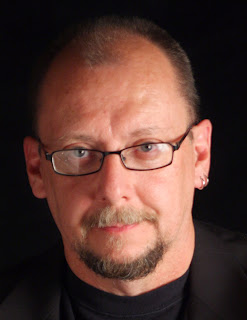 Jackson took aim trying to keep his now trembling hand steady. He realized if this round missed he was going to have to hit the gas and speed away before the creature got to him. But when Jackson pulled the trigger this last time the bullet found its mark, entering the thing’s head via its left eye, passing through its rotting brain and exploding out the back of its skull in a shower of gore. The force of the blast knocked the beast backward. And this time it did lose its balance as its single working arm pin-wheeled as if it were trying to keep itself upright; but it was far too late for that. Then the monster collapsed in a convenient heap onto the side of the road.